The autumn meeting in Tęgoborz has its regular place in the event calendar of road carriers from southern Poland. This year’s event was also associated with the 10th anniversary of its organiser’s foundation – Polish Association of Road Carriers “Galicja”.

HOT TOPIC – renewing licenses for carriers
The topic dominating the whole conference was the issue of renewing licences for carriers, the long waiting times and the associated problems and consequences for the carriers. Two lectures were dedicated to this topic, e.g. lecture of the director of the association Galicja – Maciej Wroński “Financial guarantee as a condition for obtaining a license”. Among the invited guests was also Dr. Paweł Lesiak from Warsaw School of Economics, who opened the conference with the talk about contributions of road transport to society and economy.

Also deputy Andrzej Gut-Mostowy and senator Stanisław Kogut took part in the conference. The latter criticised Polish government for underestimating the role of road transport for the economy and he called for fair handling of carriers – the taxpayers. Andrzej Bogdanowicz from the Ministry of Infrastructure and Development also reported that Polish carrier companies dominated the German transport market. Unfortunately, however, they have a bad reputation – partially because of the bad condition of the fleet. The meeting was also attended by Ukrainian carriers.

The participants could become familiar with the latest products of the companies: VOLVO, SCANIA, MAN, RENAULT TRUCKS, MERCEDES, DAF, whose vehicles were exhibited in the hotel Litwiński.

The company OLTIS Polska became a partner of the event this year. The conference was a good opportunity for interesting discussions, making new contacts and arrangement of presentation of our products to interested companies.

We would like to thank all participants for visiting our stand. 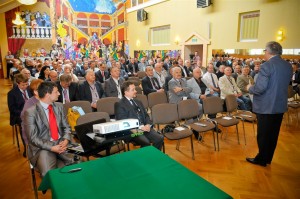 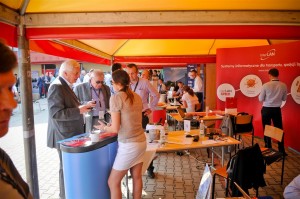 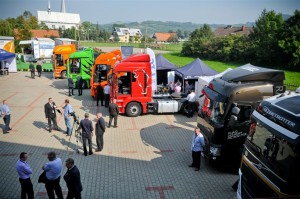 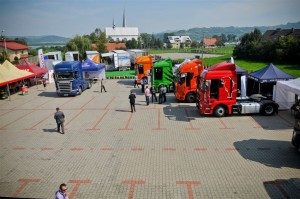