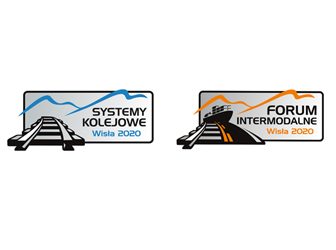 Tenth jubilee year of the Polish-Czech-Slovak Systemy kolejowe Conference and the second year of the Intermodal Forum took place between 26th and 28th February 2020 at STOK Hotel **** in Wisła, Poland.

In the Systemy kolejowe section, great emphasis this year was placed on the issue of railway safety. Participants were able to watch videos of accidents at railway crossings on the Polish and also Czech side. Mr. Karol Trzoński from the State Commission for Investigation of Railway Accidents (Państwowej Komisji Badania Wypadków Kolejowych) and Mr. Petr Maikranz from the Railway Inspectorate compared the causes of death on the rail tracks. Professor Marek Sitarz discussed the problem from the point of view of purchasing rail vehicles and Wojciech Błotnicki from Signal Cert focused on safety assessment from the point of view of a certified laboratory. The second topic that aroused strong reactions was the training of railway personnel, particularly train drivers. Piotr Macioszek, Vice President of IGTL, Dr. Hab. Jakub Młyńczak from the Silesian University of Technology, Piotr Combik from UTK, panel anchor person Tomasz Krawczyk and from the Czech side David Veselý, representing the Traffic Training Institute participated in the panel discussion. After comparing the conditions in Poland and the Czech Republic, it was stated that for time reasons, training in the Czech Republic is more advantageous, the language problem of course remains, but as David Veselý summed up, the Traffic Training Institute is able to help.

These two points were also discussed at a closed meeting of three Infrastructure Managers (IMs) from Poland, the Czech Republic and Slovakia. The exchange of experience between PKP Polskie Linie Kolejowe SA, ŽSR and Správa železnic (Railway Administration), state-run organisation, took place for the fourth time. In addition to the topic of safety and training of railway personnel, rail traffic closures, planned collaboration at the borders and the planned conference of carriers with IMs, which should take place in April in Katowice, were discussed.

Forum Intermodalne also had very interesting topics. On the first day, both lecture blocks were given over to a single issue. Under the direction of Marek Tarczyński, anchor person, from the Polish Chamber of Transport and Logistics, the role of individual entities in the intermodal supply chain was discussed. The speakers were representatives of organisations and companies directly related to the intermodal market: Customs and Tax Office, Langowski Logistics, DB Cargo, Loconi and Castorama. The next day, a large part of the discussion panels was dedicated to seaports and seaport container terminals, not only to the Polish ones such as Gdańsk, Gdynia and Szczecin-Świnoujście, but also to Hamburg, Antwerp and the Slovenian port of Koper. Representatives of these ports and the DCT Gdańsk terminal participated in panels dedicated to the development of seaports and investments in the intermodal industry. The block devoted to the transport of hazardous goods was also very interesting, which, in addition to speakers from PKP S.A and MDRK, was also attended by a representative of the Logistics Committee of the Association of the Chemical Industry of the Czech Republic. Very interesting presentations by Kalmar, BCT and PKP PLK were given in the innovation block.

On the last day of the conference, guests visited the Paskov terminal near Ostrava, where they toured the faultlessly equipped PKP Cargo Intermodal container terminal.

The charitable part of the conference was not forgotten either. Some of the money from the participants was donated to the SOS Association of Children’s Villages in Poland (SOS Wioski Dziecięce) – “Sindbad”, temporary stay Family House in Ustron; and for the rehabilitation of Terezka Honková, girl suffering from cerebral palsy.