Company OLTIS Group, one of the Shift2Rail founders, will organize the international conference ERRIC and IRFC 2015 in Prague next spring. Both events will be held in parallel in the Clarion Congress hotel on 18 – 20 March 2015.

ERRIC (European Railway Research and Innovation Conference) will widely promote Shift2Rail and together with this topic it will be the official kickoff of the Shift2Rail Joint Undertaking. The aim will be to show the objectives of JU Shift2Rail, its framework plan and content of each innovative program. Individual Technological Demonstrators will be presented by the initiative founders, who will lead projects and research consortia.

IRFC 2015, already the fifth international conference and exhibition on rail freight transport (International Rail Freight Conference), will build on the previous successful years with the participation of top representatives of international organizations, such as Russian Railways etc. Last year (2013) the conference was awarded by the ACRI Annual Award for being the Event of the year 2013.

European Commission, JU Shift2Rail, Latvian Presidency of the EU, Czech governmental institutions, UNIFE, UIC and OSŽD will be the partners of this extraordinary event.

On the first day of the event, which will be common to both conferences, following topics will be presented: – Research and innovation – engine for competitiveness – The competitiveness of the rail – Shift2Rail Joint Undertaking – Liberalization of the rail market

The second day will take place in parallel sessions. In the IRFC session interesting lectures on current topics of rail freight transport will be held: – Euro -Asian transports – Interoperability 1435/1520 – The development of the rail market – Intermodal Logistic 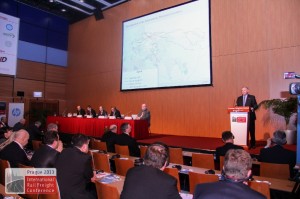 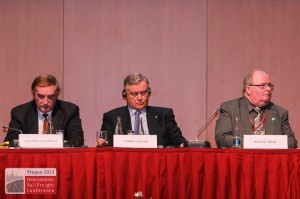 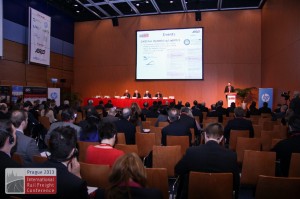 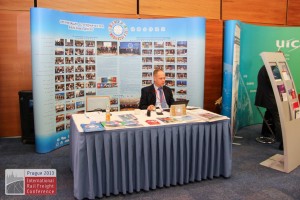